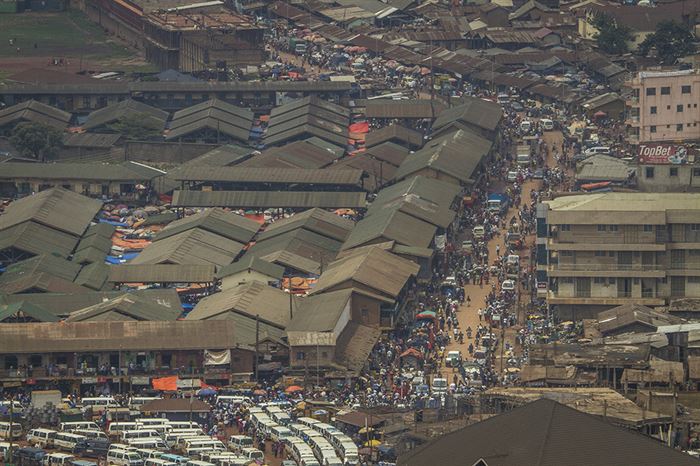 Death has a way of focusing on survival. We make the necessary sacrifices. We’re taking precautions. We promise to change our behavior. We put aside partisan and other differences. It’s a life-and-death fight. So we attack the enemy together.

This was the case in Uganda. Nice lurette. It has been so long since the memory of the threat has faded. March 2020 to be exact. The Ugandan president and his health ministers grabbed the bull by the horns. They set out to guide the country through a dark and muddy swamp of an upcoming pandemic for which the country was terribly ill-prepared. As a guerrilla leader with 27 weapons and a handful of brave soldiers, the president launched a war of resistance against the new coronavirus, a ruthless enemy that slaughtered thousands of people in rich countries.

There have been a few misfires, including a disorderly attempt to quarantine passengers arriving at Entebbe. The usual parasitic diseases arose, including the insatiable corrupt lot and the incurably greedy parliamentarians.

The former regarded Covid-19 as a welcome ally in their criminal accumulation of wealth. MPs cynically declared themselves essential members of the anti-Covid-19 forces and gave themselves bundles of money. A shutdown of urban areas, although necessary, was declared without adequate preparation. Museveni saw the opportunity to campaign and buy voter support with Covid-19 relief supplies.

Despite these and other shortcomings, Uganda has quickly become an example of an African country facing the threat with reassuring determination and concentration. Citizens would be safe from the killer agent.

Sitting here in North America, but keeping a close eye on Uganda, I saw a huge contrast between the war strategies of President Yoweri Museveni and Donald Trump of the United States.

The Ugandan leader, visibly frightened by the threat, listened to the experts and showed impressive leadership. The American leader, completely lost in his imaginary world, listened to himself and his fellow conspiracy theorists and dragged his country into chaos. I admit a little swagger when I share with my co-workers that Uganda was one of the countries where science and common sense prevailed.

The initial success led some to accuse the government of overreacting. Citizens have become naturally agitated. And with the threat of hunger and the challenges of access to care! To ensure compliance with the lockdown, the Ugandan president ordered military-style patrols in urban areas, with orders to shoot curfew violators and severely discipline other evils. The measures have had the effect of keeping cases in Uganda relatively low.

However, the lockdown was wreaking havoc on a society that had always lived day to day, with very few private or national reserves to support them for more than a few weeks. In addition, old habits have a hard life. Like drug addicts, it was difficult for citizens, especially city dwellers, to abstain from their love affairs with constant socialization, including huge marriages and funerals, and essential water points. Some religious leaders were concerned about the spiritual health of their congregations, which were deprived of Sunday worship in their churches.

Thus, the pressure to lighten and lift the lock was intense. The President listened and began to reverse the lockdown, with strict conditions that citizens had to respect, for their own safety. With evidence that protective masks were effective in reducing the spread of the virus, the President ordered everyone to wear one outside their homes. The government would provide masks to all citizens.

The Universal Masks program has become enserated in an inefficient and corrupt world, led by opportunists for whom coronavirus is a new chance to steal money and strengthen their political support among citizens.

Today, five months after the start of the war, Uganda appears to be retreating as the enemy prepares for a potentially deadly assault. The increasing number of new cases detected, which almost certainly represent a fraction of all cases in the country, and the increasing number of deaths, may be partly due to neglect.

Friends sent me numerous photos and videos of people in different cities, all telling the story of a lax attitude towards hand washing, physical remoteness and wearing face masks. People literally play Russian roulette with a virus that does not forgive once it has gained a foothold in a community.

One is depressed by the images of crowds of ugandans with naked faces. Now, Ugandans are not alone in this contempt or misuse of masks. I see many people doing the same here in Toronto. However, I am focusing on Uganda because it is one of the countries that cannot afford to have an overload of patients.

From what I see and hear, masks in Uganda have become a tool for political campaigns. Their colors seem to be more important than their proper use in the fight against Covid-19. The images show people wearing loose or ill-fitting masks. Some only cover the mouth. A lot of people wear them like bow ties around their necks. Others continue to touch the front of the mask, probably due to discomfort, which increases the risk of contamination.

I have also seen people remove them for public speeches, a counterintuitive measure given the increased number of respiratory droplets during speeches, songs and laughter. Frankly, my reaction every time I see people pretending to wear masks is to ask, “Why bother?”

I saw and heard stories and saw pictures that left me between tears and laughter. Many keep the masks in their pockets or bags, for quick recovery as soon as they see police officers. A man kept his mask in his pocket because he didn’t want it to be spoiled.

It is not the abanyakyaaro (rural villagers) much maligned alone who do these things. The whole social spectrum is united in a death wish. Politicians organize rallies. Those who belong to the NRM, the ruling party, are not harassed by the police. Physical distancing must not ruin the political hopes of the people’s representatives.

Jane Ruth Aceng herself, the Minister of Health who became the face of the fight against the virus, launched a political campaign in Lira, where she quickly removed her face mask, ignored physical distances and marched with a crowd. The fight was in ruins. The virus had just set in. Now it seems to be gaining momentum.